Take a walk on the wild side of our Capital City. See some animal art, get those steps in and appreciate Hartford’s walkability. Start at the Bushnell Plaza Sculpture Garden and follow the route on the map below you’ll have walked just over two miles. 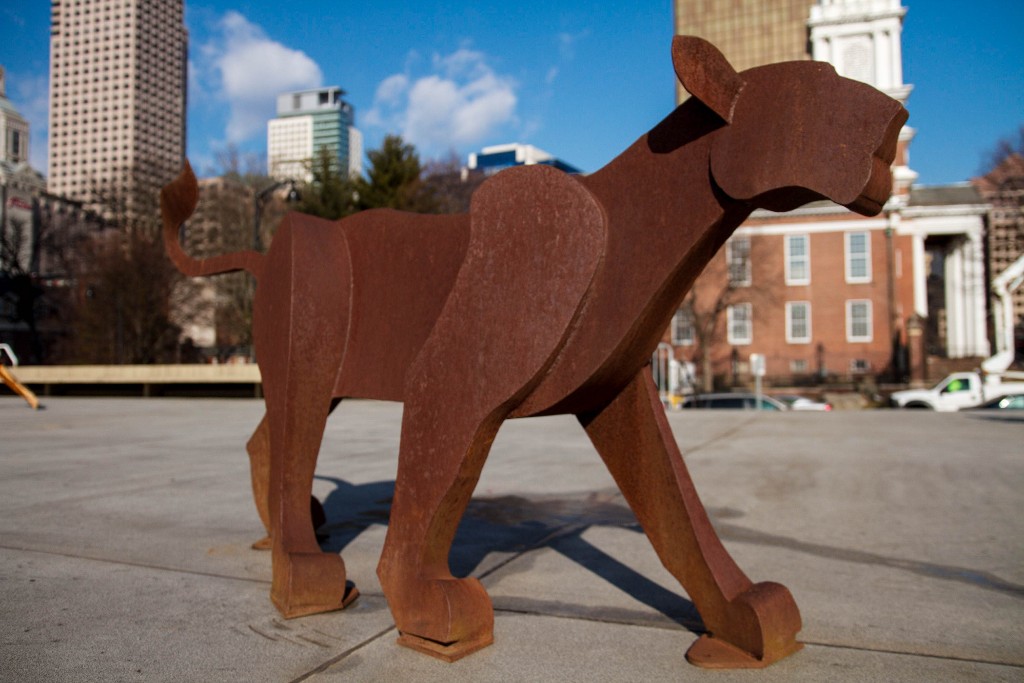 Kent native Denis Curtiss developed a kinship with wood and metal during an apprenticeship restoring fine antiques. Denis has shown his award-winning sculptures in juried shows, galleries and museums across New England. He has worked in a variety of media since the early 1970’s, and in 1976 he began teaching art, and studying it, all around the world — in Europe, Africa, Asia and the South Pacific. Amboseli reflects his admiration for the beauty of animals. 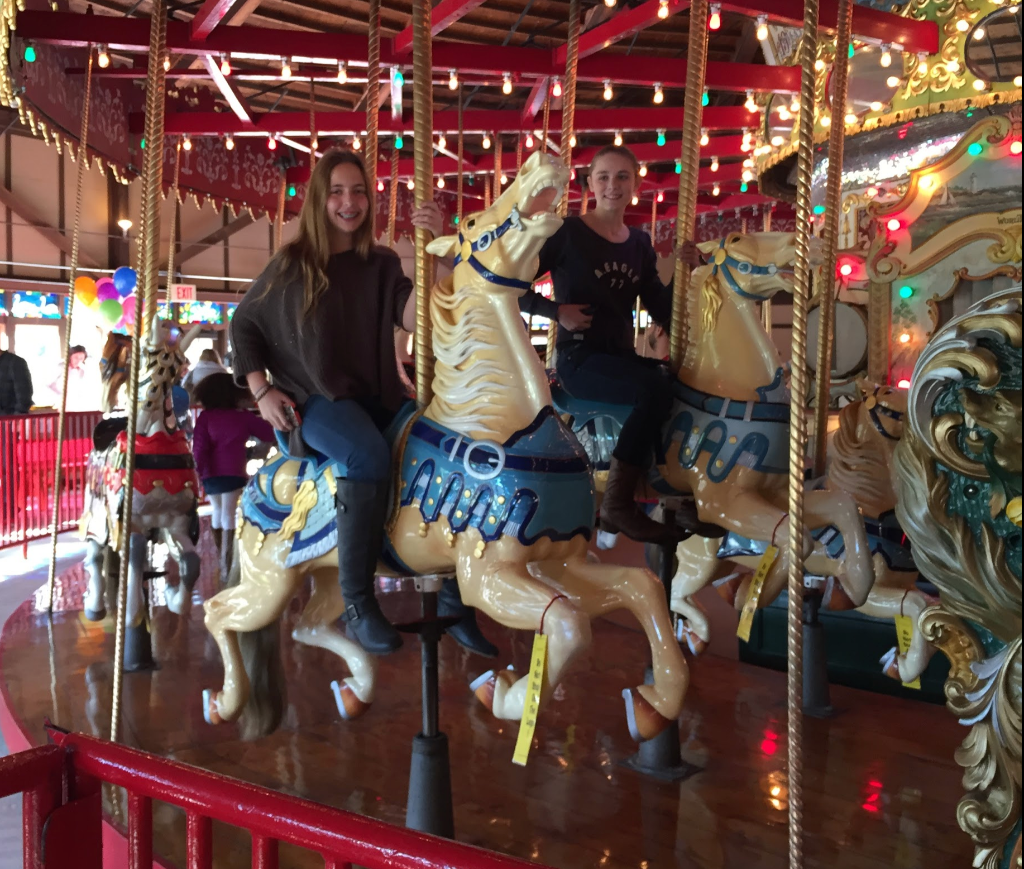 The carousel is only open for private parties through the end of March, but you can still catch a glimpse of the horses at the restored vintage 1914 carousel in Bushnell Park. There. The 24-sided pavilion houses 48 hand-carved wooden horses and two lovers’ chariots that swirl around a booming Wurlitzer band organ. 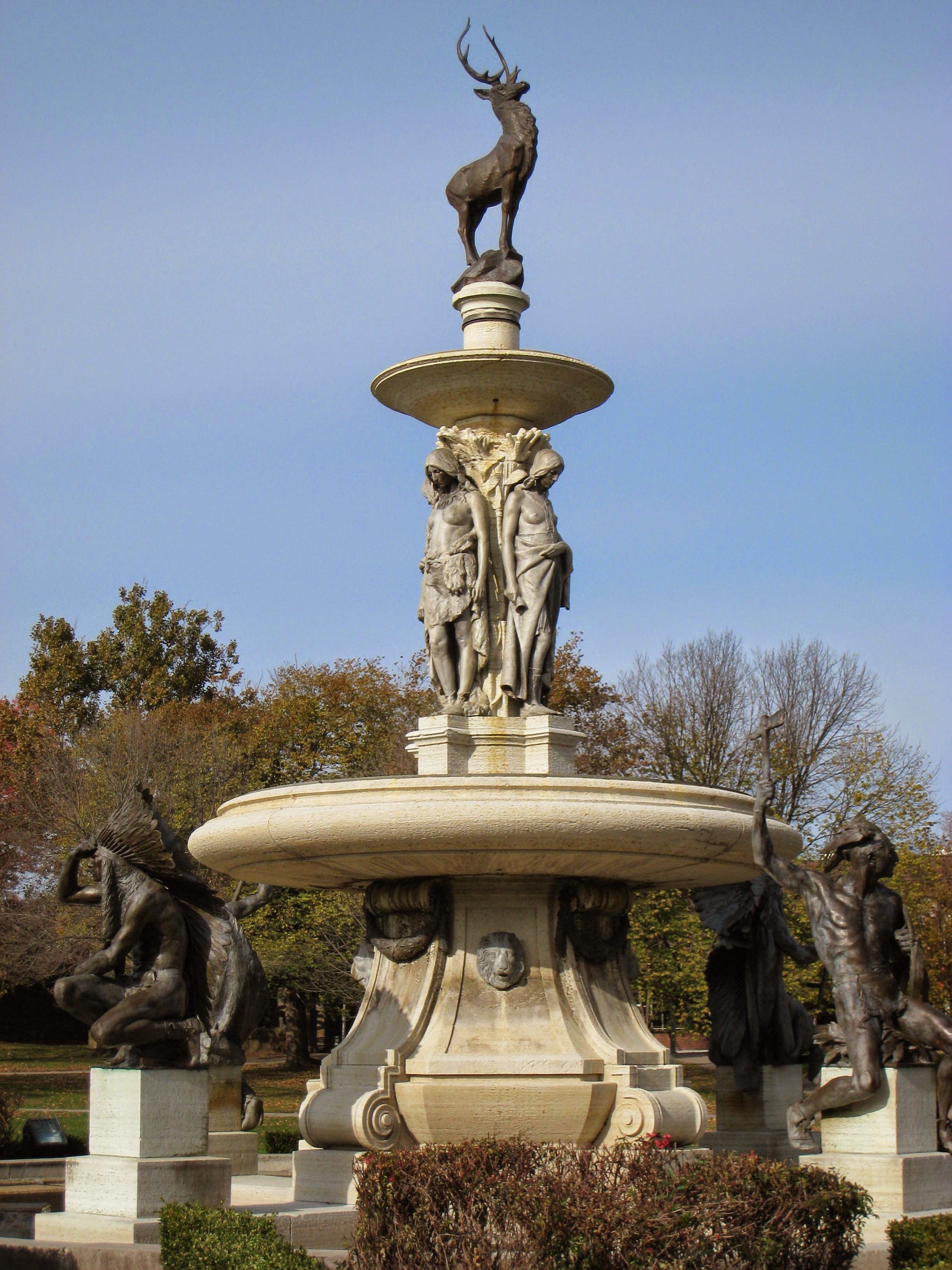 The stag atop the Corning Fountain was nicknamed “The Incredibly Tricky Deer” by the Barenaked Ladies during their 1997 Earth Day performance in Bushnell Park. They even sang about it, but no one recorded it, which is sad. The fountain was erected in 1899 and presented by John Corning (Corning Glass Works of New York) as a tribute to his father, a Hartford businessman who operated a grist mill on the site. Designed by James Massey Rhind of New York, the sculpture uses a Native American theme, rather than a classical one, which would have been more typical of the period. The monument is made of marble and stone, 30 feet tall, with the figure of a stag (or “Hart” for Hartford) surrounded by Saukiog Indians, the city’s first inhabitants. 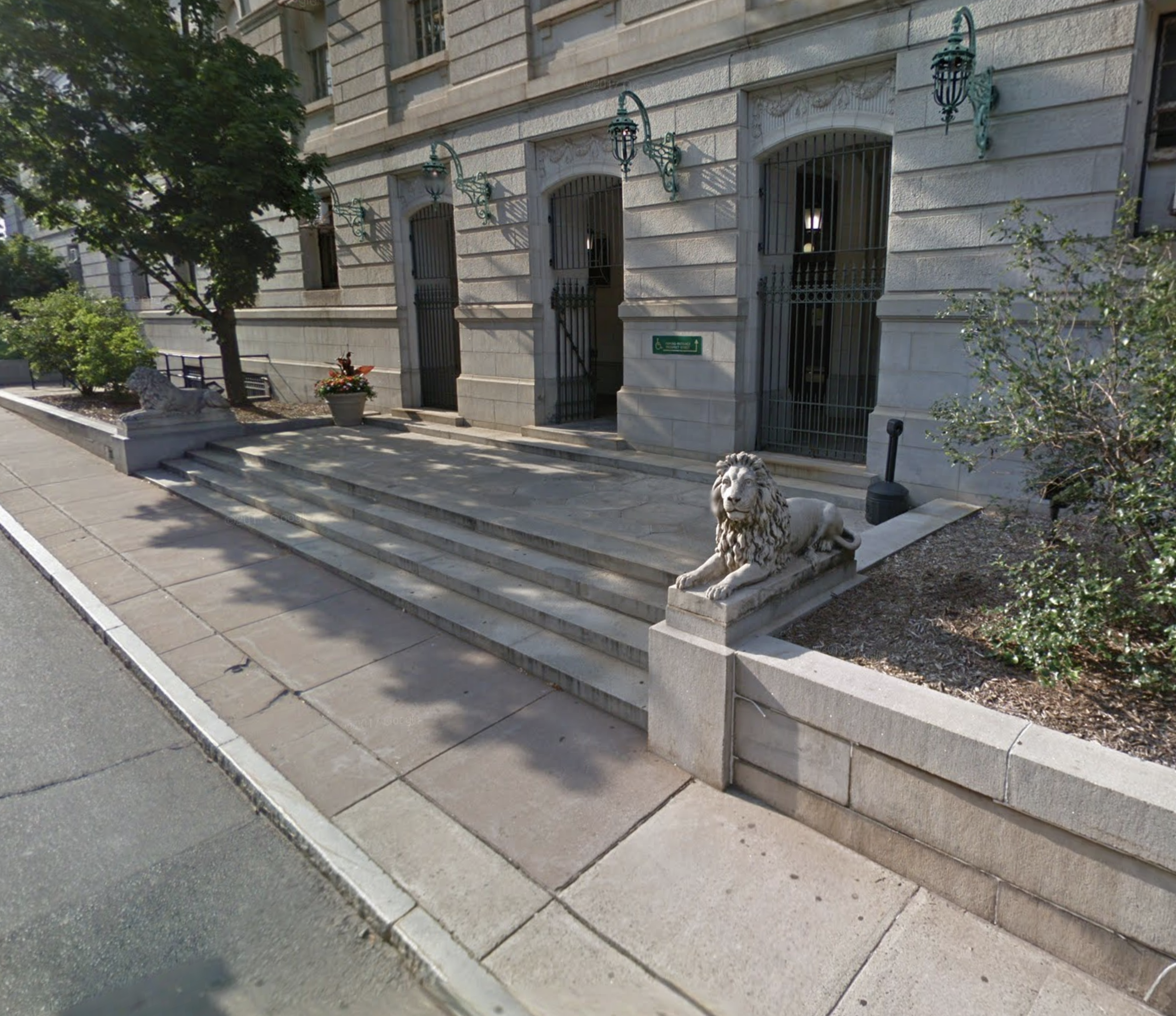 These lions have lived on Arch Street for as long as anyone can remember, but this isn’t their first downtown address. Learn more about their storied history here. 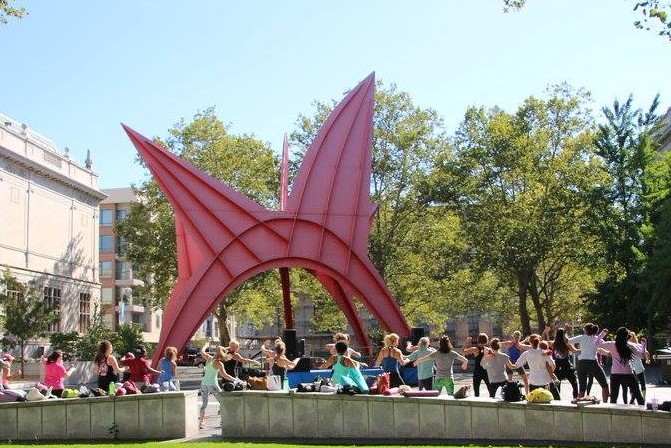 Alexander Calder’s Stegosaurus is one of our Hartford’s most recognizable works of public art. Yes, it’s currently surrounded by construction fencing, but that’s temporary, and eventually, you’ll be able to get up close, under and around this sculpture, constructed from 45 thin steel plates bolted together in an abstract form representing a dinosaur from the Jurassic Period. The sculpture is a memorial to Alfred E. Burr, founder of the Hartford Times. 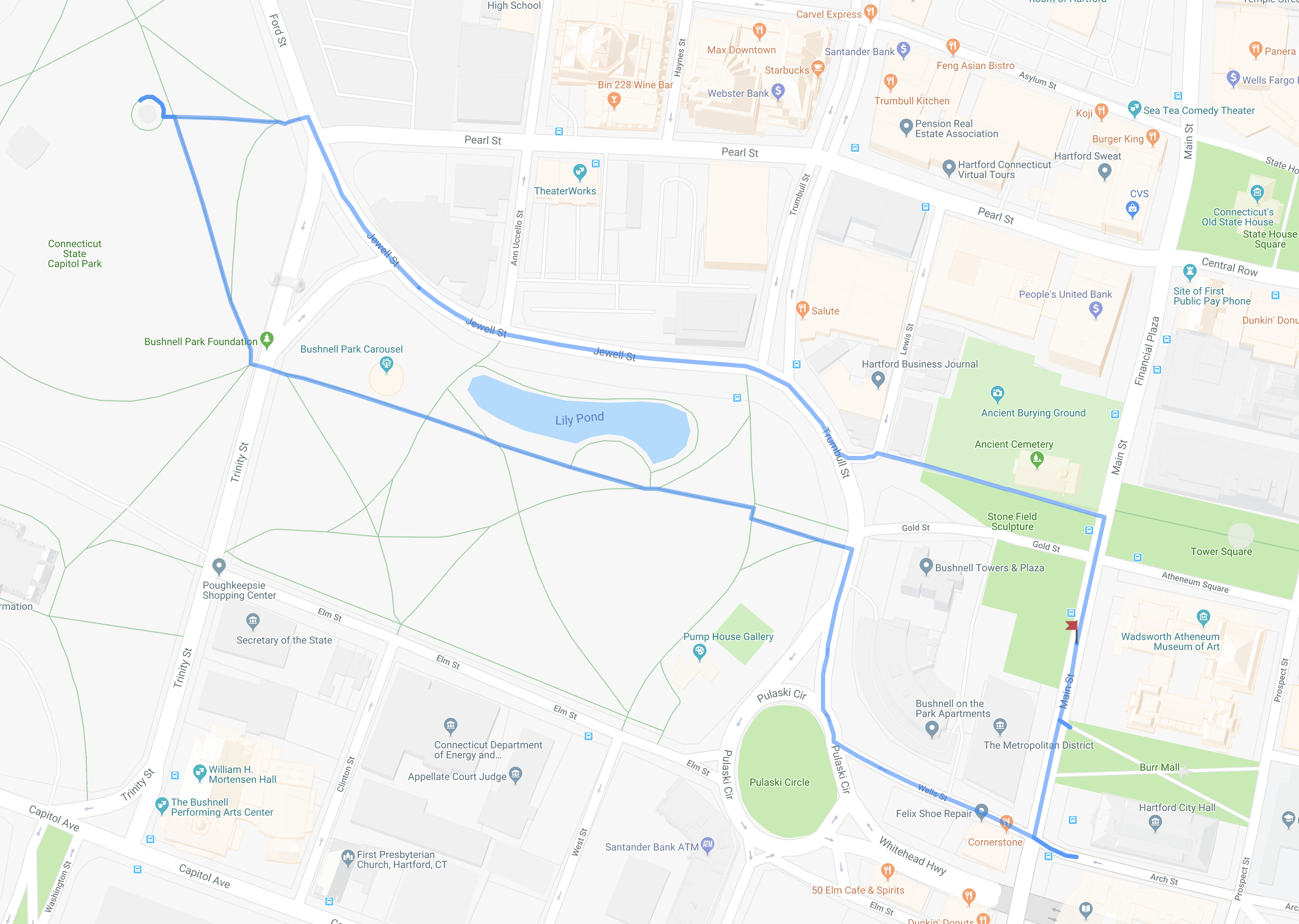